CueServer allows external CueScript commands to be sent to it via RS-232 and/or RS-485 serial strings.

A serial port on CueServer is configured by going into the Stations section and then editing the Built-In Station (Station 0). The serial ports available to CueServer will appear in the list of Ports. 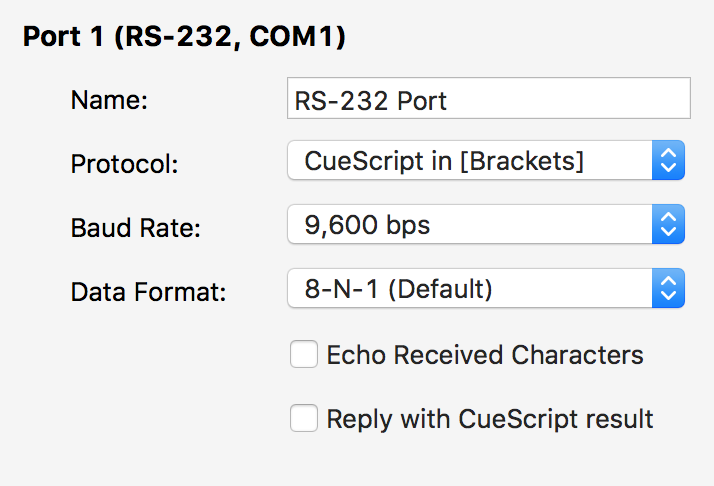 Other external station types that include serial ports would also be configured by choosing them in the Stations list and then clicking on one of the Ports that appears.

From the Port Configuration panel that appears there are two protocols that can be chosen that allow CueScript commands to be sent to the CueServer via a serial port:

The Baud Rate and Data Format selected for the serial port must match that of the transmitting device for the CueScript commands to be received properly.

If the “Echo Received Characters” box is checked, then every character received by the port will be re-transmitted (“echoed”) back to the sender.

If the “Reply with CueScript result” box is checked, then the result of the CueScript string will be transmitted back to the sender.